To celebrate the release of my latest sort story collection, Fresh Blood Orange, the kindle versions of my previous books – Dead in Autumn, Buried in Winter and Beaten to a Pulp! – will be given away free on launch day, Hallowe’en 2017. 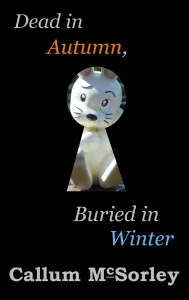 Dead in Autumn, Buried in Winter

Old Blue Eyes, Madonna, Chewbacca and Frankenstein’s Monster go trick-or-treating in the upmarket part of town. They find a lavish three-storey house lying empty, the keys left in the lock. They should post them through the letterbox, they should hand them in to a neighbour, they should leave them under the doormat. But they don’t.

It is Hallowe’en after all. The time, if any, to do the wrong thing…

David and Carol Tempest involve their two young children in a spontaneous burglary with consequences farther reaching and more severe than either of them can imagine.

Teenage loner, Cameron, and his infant sister, Alesha, take to the road in their parents’ car, heading anywhere Cameron’s daydreams and nightmares lead them.

Police Constable Warwick fails to keep his breakfast down when he finds a pair of mutilated corpses. Taken under the wing of a zealous senior detective, he has stumbled upon a case where it isn’t only the suspects who have secrets. 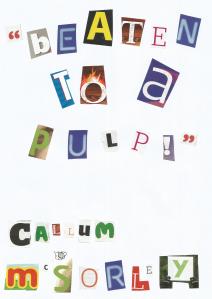 Beaten to a Pulp!

A manuscript discovered on a broken hard drive reveals a tale of secret societies, drugs and murder in Victorian Glasgow.

In ancient Japan a scarred servant plots to take down a dragon slumlord while in modern Tokyo gangster Hiroshi is stalked by a seemingly invincible samurai.

Smugglers from an independent Scotland cross Hadrian’s Wall – now a military border – to sell contraband single malt whisky down south, and further in the future a blight leaves the world on the brink of apocalypse.

Beaten to a Pulp! is a collection of short stories that travel widely across location, genre and time, all tied together with distinctive pulp style.