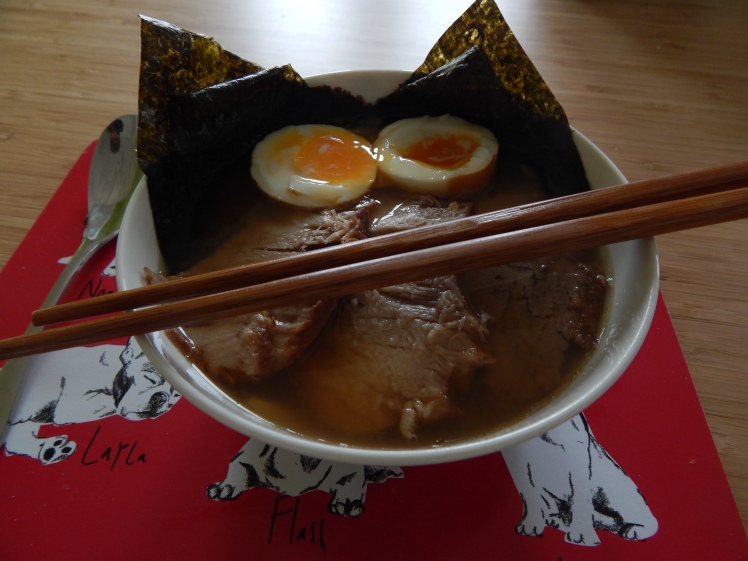 Since I visited Japan three years ago, I’ve been obsessed with ramen – the famous soupy noodle dish found everywhere in the country with many regional variations.

Ramen shops are ubiquitous in Japan’s cities – the little restaurants are crowded underground in railway stations and shopping malls. You make your selection from the machine outside – pork, veggie, spicy, etc. – put on your bib, then slurp away as fast as you can before getting on your way.

Historically, ramen became popular in the post-war period when a rice shortage, rationing conditions, and the US ban against street food vending led to the creation of black market ramen shops controlled by the yakuza.

Now you can get it – legally – not only in urban Japan but all over the world. Honourable mentions I’ve had the pleasure of eating in are Ramen Dayo in Glasgow, Bone Daddies in London – who have a great cook book filled with pictures of Japanese rockabilly bikers – and Momofuku in New York.

I also make my own, simplified, version of ramen – soy-based broth (shoyu) with slow-cooked pork shoulder (chashu pork) and marinated eggs (ajitsuke tamago) – which I’d like to share with you.

As this is supposed to be a website dedicated to my writing and reading, I’ll also be writing about some of my favourite Japanese authors and a few of my own stories which have been inspired by Japanese culture. 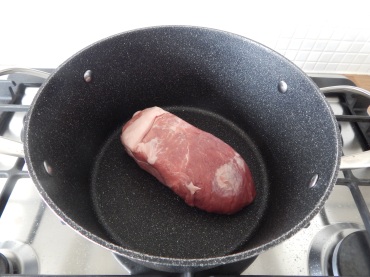 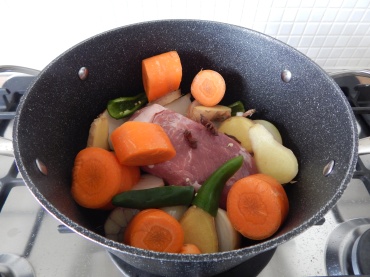 1.       Put your pork shoulder (or belly) in a big pot with your veg and aromatics – garlic bulb, onions, ginger, chilies, carrots, peppers, star anise. Add salt, pepper, a tablespoon of brown sugar, and a couple of chicken stock cubes. Throw in any veg you like, or whatever you’ve got in the kitchen. I sometimes add in a dollop of miso paste if I have any. If you like things spicy, chuck in dried chilis and Szechuan pepper.

My introduction to Japan as a kid came through computer games and, of course, Pokémon (the game, the cartoon, the movie, the trading card game, the stickers, all of it!) Later I watched cyberpunk manga films Akira and Ghost in the Shell, Japanese horrors like Battle Royale and The Grudge, and after that, the back catalogue of Studio Ghibli.

The first Japanese author I read – like most – was Haruki Murakami. Spare, surreal, inimitable. It’s an obvious recommendation, but there really is nowhere else to start if you’re wanting to get into Japanese fiction. 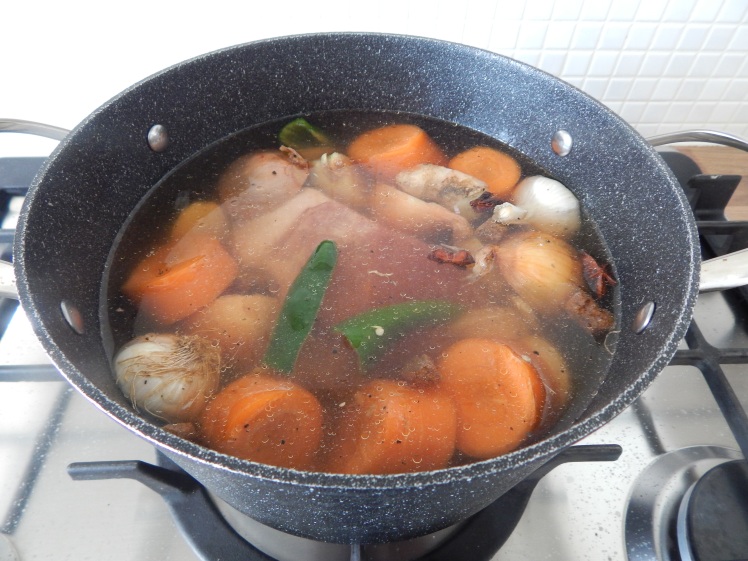 2.       Add your liquids – light & dark soy sauce, rice vinegar, red wine vinegar, and cover everything with cold water. I don’t measure anything, just give a good healthy slug of each. You could also add sesame oil, mirin, Worcestershire sauce, sake, red wine, or fish sauce if you have any. Substitutions, additions and subtractions are all fine.

If you’re looking for something with a traditional Japanese aesthetic, books where you can get lost in the day to day experience of the country, Nobel prize-winner Yasunari Kawabata’s writing is simply beautiful.

For a more troubling look into the post-war psyche of those Japanese that fought against westernisation and the seeming loss of proud tradition, the works of Yukio Mishima are eye-opening, especially considering Mishima himself committed seppuku (ritual suicide by self-disembowelment) in 1970 after a failed coup. 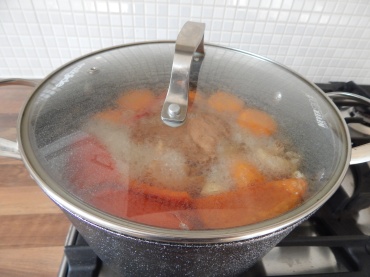 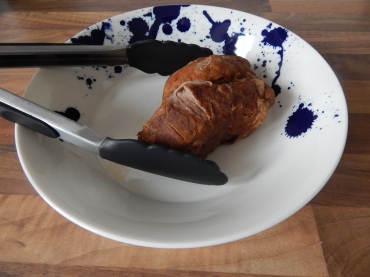 3.       Cook it on a low heat on the hob for at least four hours. When it’s done take the pork out and let it cool – overnight if you can. It’ll still be delicious now but you won’t be able to slice it when it’s fresh and hot out of the broth, it’ll just shred into chunks, which are tasty too, so have it your own way!

For more violent takes on modern Japan, Ryu Murakami is a shock-jock writer whose worlds are filled with lurid neon and toxic waste dumps. His exemplary 1997 novel, In the Miso Soup, takes you through the seamy underbelly of Tokyo’s entertainment districts with sex-tourist guide Kenji.

Dendera, by Yuya Sato, is a thrilling survivalist fantasy where a commune of old women living on a frozen mountain must protect their village from a wild mama bear, subtly imbued with relevant themes of ageing, and what that means for women in particular.

As for myself, I’m currently reading my way through the volumes of Katsuhiro Otomo’s classic 80s manga, Akira. 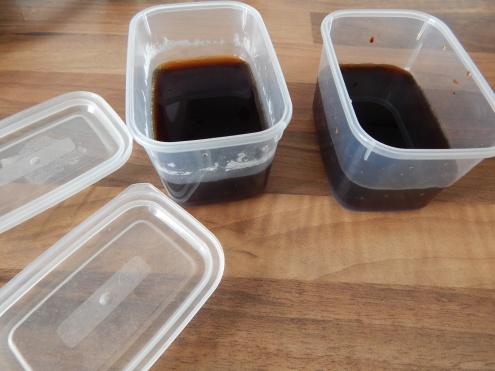 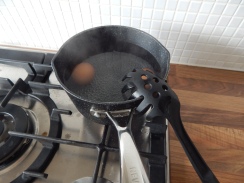 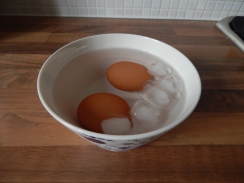 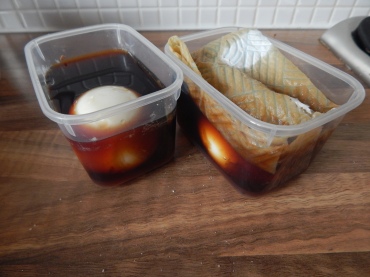 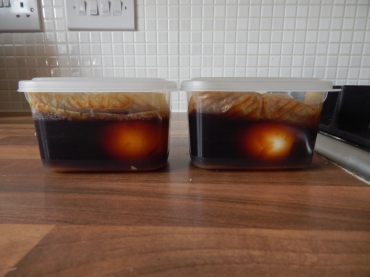 4.       To make ajitsuke tamago, soft boil an egg for five and half minutes then dunk it in ice water for fifteen. When it’s cold, crack it all over with a spoon and pick the shell off. Put the egg in a small tub filled with soy sauce, rice vinegar (or mirin) and a couple of heaped teaspoons of sugar all topped up with water. Leave it in the fridge for four hours or overnight.

Japan has also had a big influence on my writing, particularly in what I call my ‘Edo’ stories – Year of the Money Lender (published by Freedom Fiction), Naoko (published by Aether & Ichor), and The Red Elk (published by Scrutiny Journal). Click on the titles to have a read!

These are fantasy stories set in an imagined version of historic Japan – although I call the city ‘Edo’, it does not exist in a historically accurate recreation of that period, and I’ve borrowed bits and pieces from various eras of Japanese history and myth, as well as completely inventing things. 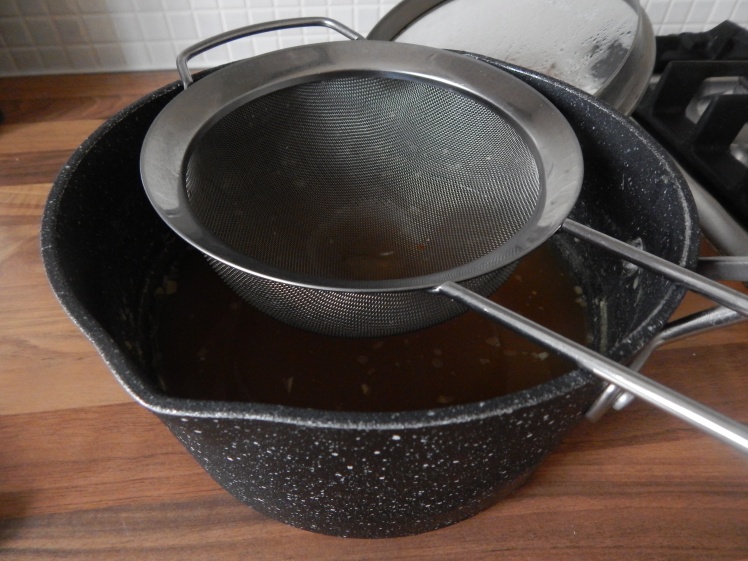 5.       Pour your broth through a sieve so you’re left with just the soup. Remember to squash everything down in the sieve to squeeze the flavours out of the veg, which will be turning to mush. Throw away the mush.

For instance, there are ramen shops in my Edo, which of course would not have existed then. But I loved the idea of cooks wearing high sandals to keep from wading around in the broth and boiling noodle water sloshing all over the floor of a restaurant filled with steam and the pungent smell of the broth.

I’ve also written tales about contemporary Japan, such as The Mule and the Samurai, available to read in my first collection of short stories, Beaten to a Pulp! This opens with a drug deal going sour in a bar in the Golden Gai – a wonderful block of small, old buildings hidden among the skyscrapers of Shinjuku in Tokyo, which is home to many small, lively bars and ramen restaurants. 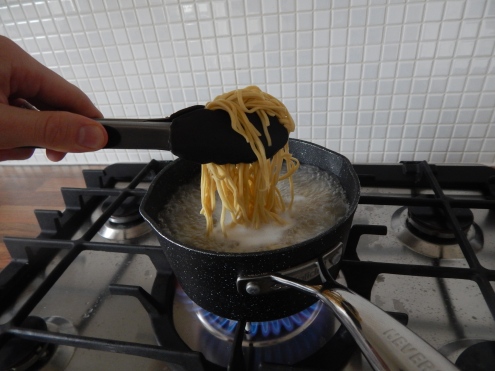 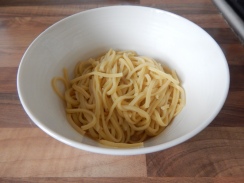 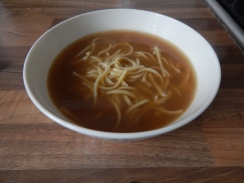 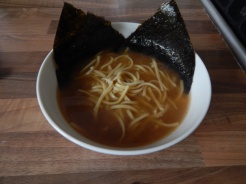 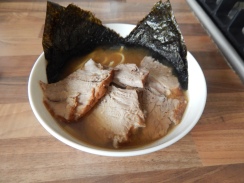 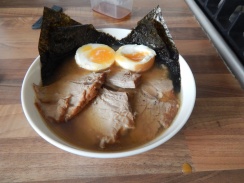 6.       Boil your noodles as per packet instructions and put them in a bowl. Pour your reheated broth over them, then top with slices of chashu pork and your egg sliced in half – the yolk should still be runny if you were careful with your timing when you boiled it initially. This is the only bit I’m hard-line about – hard boiled eggs are not acceptable!

Something about moving the setting away from the familiar felt freeing. It was like trying out a new, exotic recipe – see what I did there? – and although you may not get it quite right, it’s fun and rewarding.

There’ll more Edo stories on the way (a biggie!) and in the meantime I hope you try out my recommendations or my recipe –  one may be better than the other.

So put on your ramen bib, and pull up a bowl and a book!

7.         Add squares of nori (the roasted seaweed you see wrapped around sushi), sliced spring onions, and any other toppings you like, such as beansprouts, chili oil, or fresh chilies. Ramen is not considered Washoku – traditional Japanese cuisine – and is therefore wide open to variation and experimentation, so go nuts, cut corners, use what you’ve got to hand, and at the end of the day you’ll have a bowl of tasty noodle soup.