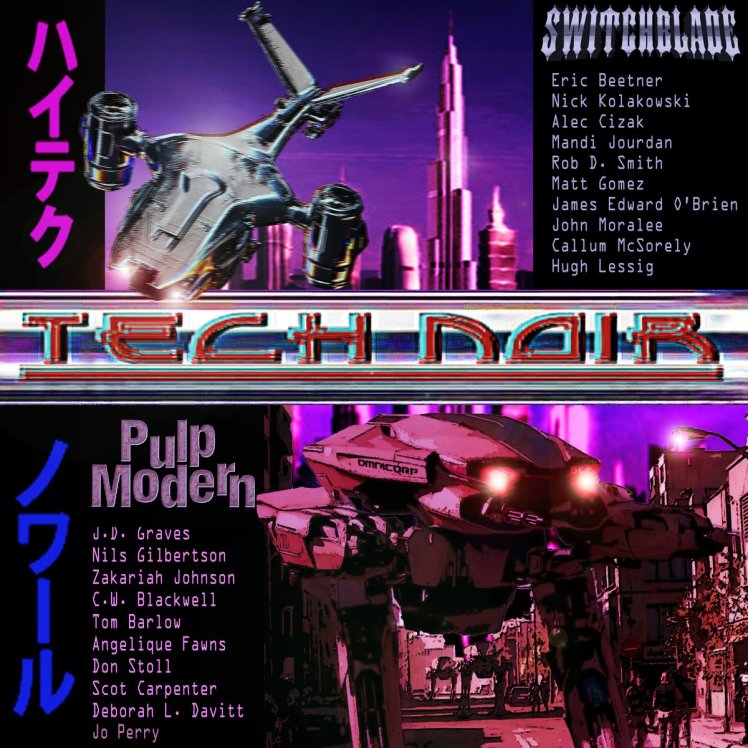 This year, Switchblade Magazine, home of hardboiled, is publishing a special cyberpunk-themed edition called Tech Noir which will feature a short story by yours truly, called Baby on Board.

Set in a future Scotland where haggis and battered ramen have become popular street foods, and the formerly independent cities of Glasgow and Edinburgh have grown together to form ‘Belt City’, ex-cop Oink becomes embroiled in a kidnapping scheme, mostly against his will.

Still hardboiled crime at its core – detectives, thugs, and gangsters all present and correct – the special edition will feature a retro cyberpunk aesthetic, lit up in all its eighties neon glory.

“It rained hard in Belt City. Real rain, not the sprinkler stuff he’d gotten used to on Mars. It was freezing, malicious, and wonderful.”

This story was a blast to write. I’m a huge fan of the genre, from the classics – William Gibson’s Sprawl stories, Blade Runner, and Akira – to their contemporary spawn, the likes of Altered Carbon and Killtopia. Grungey tech, gratuitous violence, outdoor eateries, Baby on Board has it all!

Tech Noir will be out later this year. More info soon!